How I Navigated Virtual Recruiting and Secured My Summer Internship

“I was able to talk to so many people by the time I got to the actual sitting down and interviewing I felt incredibly prepared.”

Sugirtha Stathis: What did you do before coming to Wharton? What did you want to explore during your time in the MBA Program?

Nancy Zhang: Prior to coming to Wharton, I spent five years at an executive search firm. I was handling the recruitment of CEOs and board directors for Fortune 500 companies across a variety of industries. But I felt myself gravitating towards consumer oriented companies more and more and having come from professional services, I knew that there were two paths that I was considering. One was to stick with the professional services route, but go into more traditional consulting. But there was always this itch to try general management or brand management, particularly at a CPG company given my interest in the consumer industry.

When I kicked off the recruiting process during the fall semester, after deciding that consulting wasn’t the right path for me, I went down the mature CPG recruiting route. I’m going to be spending the summer at Colgate-Palmolive as a brand management intern.

You had a bit of a surprise as you were making plans to go to business school when everything switched to virtual. If you think back to your first quarter, what were some of the resources you used to explore career paths in the virtual environment?

I’m someone who likes to do a lot of my research myself first so the first step for me was speaking to career advisors. I had made multiple appointments with the Consultant Career Advisor and the CPG Career Advisor. I thought about what that path might look like and some of the target companies.

Above all of those things, I was really just speaking to my peers. I think being able to have transparent, open conversations with the people who had already interned at my target companies and who had gone through that process told me what it was like from the inside. I found that to be invaluable.

When it comes to recruiting there’s a lot of community support that happens along the way and being virtual made that more challenging. What are some ways you were able to connect and build this community around you as you started to find your path within CPG?

First and foremost, I was very pleasantly surprised by how open second year students were to speaking with first year students as a cold outreach. I didn’t have pre-existing relationships with some of the second years in a lot of cases. Some of the companies I was interested in there may have only been one second year who worked there previously. I was very grateful to have that one-on-one dialogue to ask questions like “how did you spend your summer at Colgate?” or “how you spend your summer at Johnson & Johnson?”

In addition to these one-on-one conversations, I found the Marketing Club to be an invaluable resource as well. There was just a huge community of people there who made it really clear that this is a very open and safe forum and that you have every license to reach out to people and have small close discussions with foks. Then through the recruitment process, I was part of a marketing Hot Group (editor’s note: marketing students work in small peer groups of four to five students and a second year mentor for interview practice, called “Hot Groups”). I found that to be a very good space to ask small questions and that really guided me through my own process.

And was all of this completely through Zoom, BlueJeans, etc.?

Completely virtual. When I knew that school was going to be virtual, I think, like all of my other peers, there was just this huge sense of disappointment and fear around what the social aspect of the community building was going to be, but also the recruiting part. But I did not find that to be a deterrent early on in the first semester.

It almost felt like everyone went above and beyond to make up for the things that we weren’t going to have in person. For instance, with my Hot Group because we didn’t get to do some more social community building pieces the frequency with which we met was really important. There was definitely a sense of camaraderie there beyond “let’s prepare with the interview questions.”

In a normal year companies would have been on campus hosting recruiting and networking events. What was that experience like this year? How did you learn about a company and connect with recruiters without having the advantage of meeting in person?

It was a little bit challenging at times because the cultural fit of a company is tremendously important to me. When you don’t get some of that informal experience it can be a little bit harder. I found that the virtual recruiting process was much more self directed and to be successful I had to go out of my way to proactively reach out to individuals.

I curated a list of alumni and then reached out to them, so I had as many data points as possible and more perspectives. In a normal year if you went to a networking event, you can speak to maybe five to 10 people and get snippets of what the culture is going to be like, what the day to day is like.

When I kicked off the recruiting process, I had a very honest conversation with myself about what I had to do to make up that gap. The internal dialogue I had was “you need to work five times harder.” My strategy was to speak to multiple people so that they can advocate for me when they’re having discussions and to find ways to stand out in a virtual environment.

How successful were companies in communicating to you what their culture was like?

It’s a little bit of a mixed bag. Some of the companies, I thought, did a fantastic job with the showing of people that they brought to certain events and so forth. I am going to Colgate for the summer and one of the reasons I am going there is because of the culture. I felt really strongly about that. They not only hosted a number of different types of events, but the content of their events did a really good job at showing some of the more authentic dynamics of what their teams are like, which is important, as you think about working with these individuals on a day-to-day basis.

Other organizations did more of a boilerplate PowerPoint presentation, where they sort of just listed off their core values. I couldn’t get a sense of how those values were being lived and what that looked like from a day-to-day perspective. It was very powerful for me to see the culture in action. In one of the Colgate events I attended, they hosted a fireside chat with two senior employees and there were a lot of more junior employees on the call too. Everyone was interacting. It was very conversational and very genuine in a way that I really appreciated. And a lot of other companies didn’t didn’t have those types of events, so I almost had to write them off because I didn’t have enough data on the culture.

How did you leverage the alumni community in your process?

I used QuakerNet to create a list of the alums that I could reach out to and have another conversation with. During FRP (Focused Recruiting Period) most of the major companies I was recruiting for had a devoted team and some of them did not. And the ones that didn’t, I went out of my way to find alumni who would be willing to speak to me and for the most part, almost everyone, responded to me right away, had a conversation with me, and gave me useful insights.

What do you think worked well and what were some of the challenges with the Focused Recruiting Period?

Certainly the flexibility was something I appreciated during FRP. There was a lot more control, I had over how I was going to do this process. I didn’t have to worry about commuting to the interview, I was in the comfort of my own home and I was able to prepare up until the minute before the interview.

You really miss an interpersonal component when you’re interviewing virtually. I’m a big believer, having come from executive search myself and done interviews with people before there’s that five-minute informal conversation that you have with someone before an interview where maybe you share a piece of your personal life or where you really get to shine with your personality and that did not happen with a lot of my interviews. It was almost like we had to jump right into interview mode without some of that emotional connection that’s something I really felt like I was missing out on.

Is there anything you would want to keep from the virtual experience?

I would always choose in-person over virtual interviews. I think that connectivity that you can have with a person like you can look them in the eyes, you can shake their hands and have those small connections that you form with people I think are really, really valuable.

Give me three words to describe your recruiting experience this year.

What Wharton resources did you find most valuable along the way? What helped facilitate this unique virtual recruiting experience?

The two main resources that I really attribute to my success through the recruiting process during was, honestly, Career Management. Being able to meet with you all the time was so invaluable to me.

This was a big pivot for me and a new career path I was exploring so there were just some things about that process that I had no familiarity with. Getting smart with that and being able to meet with career advisors, I think, was really helpful. Once I got my ducks in a row, adding in some of the nuances from peers and hearing their stories and their experiences was really helpful. Then the resources from the Marketing Club perspective and having second year peers be so generous with their time answering questions and doing mock interviews with me. I was able to talk to so many people by the time I got to the actual sitting down and interviewing I felt incredibly prepared.

Is there any advice you might give to the incoming class because we don’t know what the fall will look like yet?

If had to just really sum it up, I would just say that the resources are here. You have everything at your feet to be successful through this process. But if it were going to be virtual again, there is a certain level of extra work that you have to put into it just to compensate for the fact that you don’t get to have that in person component.

I think that’s why crafting your story has felt extra important to me during this process because I felt like just through visual bias and seeing so many people online, you are going to have a harder time standing out, so I felt like that’s why my story had to be incredibly unique to myself. 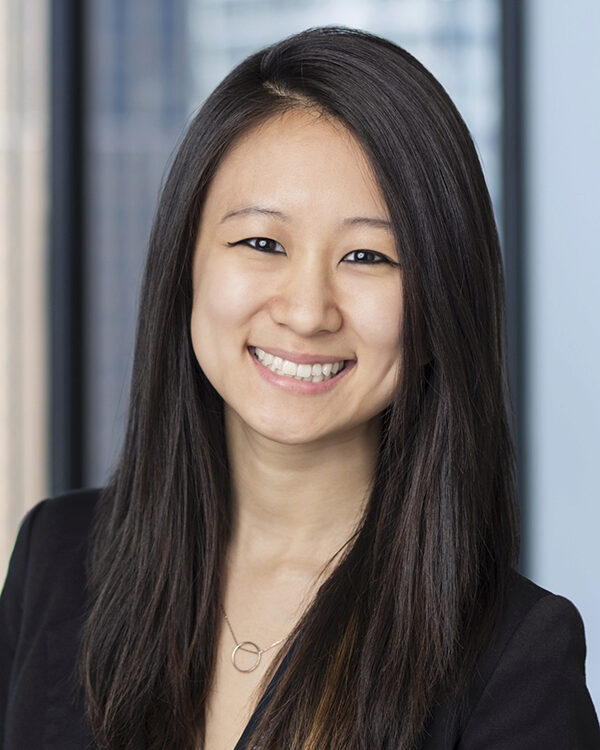 Sugirtha Stathis is a career advisor and Director of Student Programs & Communication for MBA Career Management. In this role, she supports Wharton MBA students to pursue careers in Consumer Products (CPG), Retail, Agribusiness, and Cannabis. Prior to Wharton, Sugirtha worked in various marketing and business management roles across sectors, including CPG, food service/hospitality, and arts & culture. She also has extensive experience recruiting and managing MBAs from Wharton and other top-tier programs.