Race and Work 2020: Why Companies Should Look Beyond Traditional Diversity Training to Establish Lasting DEI Initiatives

Prof. Quinetta Connally Roberson joined Wharton’s Stew Friedman to discuss the differences between the often-combined ideas of diversity, equity, and inclusion, and how to overcome the hurdles that often derail company DEI efforts.

Despite the growing awareness towards the necessity and benefits of diverse workplaces, many companies continue to provide the traditional option of one-and-done diversity training initiatives. However, these training programs are short-term solutions to a long-term problem.

Quinetta Connally Roberson is the John A. Hannah distinguished professor of management and psychology at Michigan State University and her work spans the intersection between diversity, equity, and inclusion with research focused on developing organizational capability and enhancing effectiveness through the strategic management of diverse work teams. Roberson joined Stew Friedman on his show, Work and Life, on Wharton on Business Radio 132 to discuss how company executives can look beyond conventional diversity training programs to create lasting change in their organizations.

Here are highlights from their conversation, available in full here as a free podcast.

Although diversity, equity, and inclusion are often combined into “DEI,” it is important to understand the core differences between these three objectives.

“Diversity is differences, so any difference between people…which is race and gender and sexual orientation and veteran status, but it can also be something as simple as left-handed versus right-handed. Some people will say, ‘No, that dilutes the definition.’ But the reason I note that is because in some classrooms that have individual desks, my poor left-handed students have to navigate the right-handed desks, and it becomes a meaningful dimension of diversity.”

“The inclusion piece is everyone having the ability to fully and meaningfully contribute to an organization. Not just saying diversity for the sake of putting people together and saying ‘Now go and make magic,’ but thinking about how to create a culture and environment where people feel valued, they feel like they belong, they feel like they are meaningful and involved in the work of the organization?”

“Equity is a new addition, and that’s why I left it, because we used to hear D and I, and now we hear equity and inclusion….Equity (used to be about) people’s outputs to inputs. ‘Do you get out what you put in?’ But the reason I don’t describe it that way is because some people hear meritocracy and think ‘Pull yourself up by your bootstraps.’ That assumes we all have the same starting point. Access is about everyone having that same starting point, so from there, people’s contributions to the work then determine promotion, pay, etc. We’ve got to make sure that systems are equal (and) free from bias, and that’s the way I see equity. I see it as more systemic, where I see inclusion as this more cultural kind of factor.”

1. “The first one is the aspect of measurement. To some people, diversity is just counting, but if you just count, it doesn’t mean anything because you don’t have an environment that’s going to support that diversity. Eventually, people leave. There’s an attrition issue. You’re back to square one.”

2. “The second thing is that there are some organizations that approach (diversity) very transactionally or see it as practice-driven. If I say, ‘What do you do to manage diversity, equity, and inclusion?’ The top three answers are: diversity training, coaching and mentoring for women and minorities, and employee resource groups. And I think, ‘Well, why those things?’ Those are usually hailed as best practices, but of course, best practice means it’s a best practice for that specific organization. It’s not necessarily going to work for every (organization), in every context, or in every industry. We have to be sensitive to the meaningful dimensions of diversity in a particular organization and what’s needed rather than just plugging and playing specific practices.”

3. “The additional thing that I would note is that there’s sometimes a limit to what is seen as the value for diversity in an organization. I know that McKinsey did a study in 2017 that showed that if you have a certain number of women in leadership or on your board, or a certain number of racial minority members, that you will have increased firm performance. And so everybody’s (thinking), ‘We’ve got to now get women or we’ve got to get minorities in our leadership or on our board.

“I had done that same study in 2006, but what I found was that you can’t just put people in a team or put people on a board. It depends on how you’re using that diversity. There needs to be a critical mass. If there are only one or two people, that’s ‘one phenomenon,’ as I like to call it. What happens is that the person who’s put on the website and in the pictures (is only) valued because of their group membership, rather than because of their unique expertise that they’re bringing to the organization.”

Diversity training is not a one-size-fits-all solution. All companies need to assess their goals and work backwards to implement the initiatives to achieve that objective.

“Right now I’m doing some work with private equity firms that…think they want unconscious bias training. But I pulled back to ask, ‘Why is that important? What does the end story look like? At the end, what would you like to have seen happen?’ The outcomes they described were more about decision-making and being able to think about…increasing the diversity of their portfolio and thinking about being able to manage risk better in the portfolio…That has nothing to do with unconscious bias. To me, if they said, ‘People are not collaborating well and they’re not working together,’ then that could be an issue for unconscious bias training. Or, ‘We’re trying to hire diversity, but the candidates never make it through the process,’ — those kinds of things.”

“We need to think about how to build diversity to the work of the organization. And so rather than talk about training, we started working more on thinking about identifying diversity in leadership, thinking about where diversity is concentrated in the hierarchy of the portfolio companies. How do we make sure that there are equitable systems so people are being hired and diversity isn’t concentrated in one particular area? It was more structural than cultural.”

“First, the firm has to reflect on what its value for diversity is, so answering the statement, “Diversity is important to us because…’ That can be related to the firm’s values or their business goals. That makes sure that their approach to diversity is going to be baked into strategy or the work of the organization, rather than the stand alone, practice-driven or numbers-driven thing.”

One strategy to convince skeptical leaders to invest time, money, and company resources into DEI efforts and initiatives is to start with the primary outcomes that matter most to the business.

“That being my approach may also be part of my background in finance, because I learned WIIFM, the ‘What’s in it for me?’ very early on. I’ve been in meetings where you can just see in the leader’s face like, ‘We got somebody talking about diversity today, right? This is a cost center. Let’s get to the real business at hand.’”

“What I do is actually start with the end story. I’ve usually done some due diligence on the firm, and I can talk about top-line growth, bottom-line growth. I can talk about returns. How it’s going to make money and save money. And usually, you can see this look on their face like, how does she know these words? I’m now speaking their language.”

“And the fact that I back into the DEI story, they’re like, ‘I’ve never heard it this way before.’ But the benefit is that it also gets them to bake it into what they do and see it as part of the business rather than ‘Here’s the real work and now here’s diversity.’”

Work and Life with Stew Friedman is a weekly podcast that features leading experts in lively conversation with Stew about how to cultivate harmony between work and the rest of your life — your family, community, and private self (mind, body, and spirit).  It broadcasts originally as a show on Wharton on Business Radio 132.

This seven-part series on race and work is culled from guests who appeared on the show in 2020 as part of an effort to bring practical knowledge to listeners interested in learning what they can do to advance the cause of racial justice. 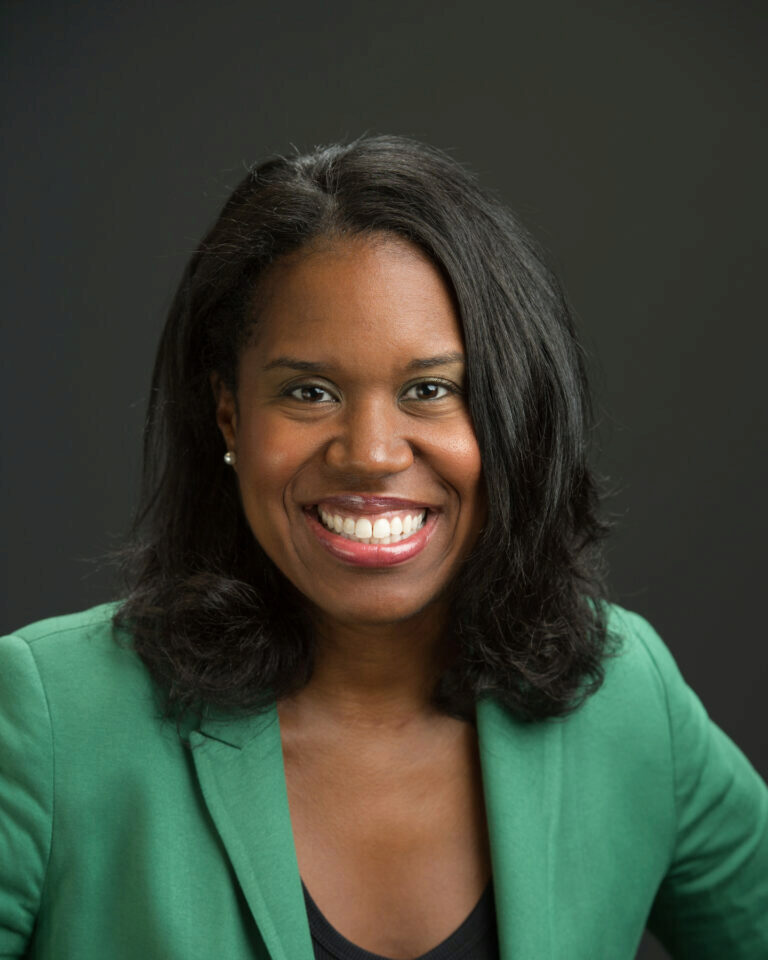 Professor Quinetta Roberson has over 20 years of experience teaching courses and workshops globally on leadership, talent management and diversity, and her research and teaching are informed by her background in finance, having worked as a financial analyst and small business development consultant. She’s also served as an expert witness in employment discrimination lawsuits and provides professional advice and guidance to for-profit and non-profit organizations. Quinetta earned her Ph.D. in organizational behavior from the University of Maryland and holds undergraduate and graduate degrees in finance. Her research interests focus on developing organizational capability and enhancing effectiveness through the strategic management of people, particularly diverse work teams. To summarize some of her experiences and insights from working with organizations, she delivered a TED talk on The Science of Inclusion at the 2013 TEDxVillanova conference. She currently serves as President of the Academy of Management (AOM) for 2020-2021.