About Us » About Anne and the McNulty Foundation » The Legacy of John P. McNulty 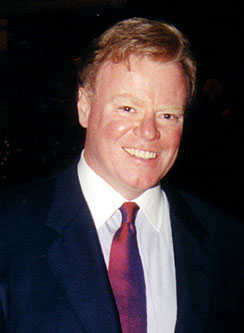 In his professional life as in every other aspect of his life, John P. McNulty was a force of nature – a person overflowing with vitality, love, conviction and total commitment. Interactions with John were never dull – debating inspired him and gave him limitless opportunities to flex his intellectual muscle. He was unable to engage in anything or with anyone without immersing his total self – mind, body and spirit.

Some described it as intensity – an enthusiasm that John brought to every enterprise. He had great vision and held himself and others to the highest standards in executing that vision. He did everything wholeheartedly. While for competitors it meant almost certain defeat, for clients it meant great advice and flawless execution. For colleagues it meant a committed mentor who brooked no trace of mediocrity, but who gave everything of himself to inspire, cajole and challenge in order to help people advance to and beyond their potential. And for family and friends, it meant steadfast loyalty.

Perhaps it was his Irish heritage. Born in 1952, John was the first of six children of Nora and Charles McNulty, who had newly emigrated from Donegal, Ireland. In a touch of irony given his later career, John’s mother’s first job was as a housekeeper for a Wall Street investment banker. His father worked as a landscaper and a truck driver. John grew up in a row house in southwest Philadelphia, where his parents entrusted him to pay the mortgage and to buy meat from the butcher. The lessons he learned – how business worked, but more importantly how to interact with a wide range of people – never left him.

At every step of his career, John delighted in serving as a mentor to younger associates, creating opportunities for them, and marveling at their talents. He was a firm believer in the power of women to achieve greatness in their chosen field. He inspired them to take risks, and challenged them to tackle problems creatively and enthusiastically. Like a proud parent, he drew intense satisfaction in their accomplishments and attributed his successes to their efforts.

John retired in July of 2001 from active participation as a partner after a 23-year career, including seven years on the management committee for the firm, he remained a senior director of Goldman Sachs. Along with the desire to spend more time with his children, John wanted to shift his focus from doing well to doing good. Characteristically, John threw himself full-force into new pursuits. He joined the board of trustees of the Metropolitan Opera of New York and naturally, the Investment Committee. He joined the board of the Aspen Institute, engaged in their seminars, and joined in the planning for the new building on the Aspen campus.

John recognized his academic roots by serving on the Graduate Executive board at the University of Pennsylvania and on the Board of Saint Joseph’s University. He also served on the board of directors of Carnival Corporation, of Allied World Assurance Holdings, Ltd., and on the board of governors of the Investment Company Institute.

Perhaps no project meant more to John than those to help New York-area children, particularly those of immigrant families like his own, and those children who had been traumatized by the attacks of September 11th, 2001. It was while exploring funding of a counseling program for children affected by 9/11 that John learned about the New York University Child Study Center, of which he became an active board member, committed to the Center’s objective of helping children and families cope with mental health and learning issues. 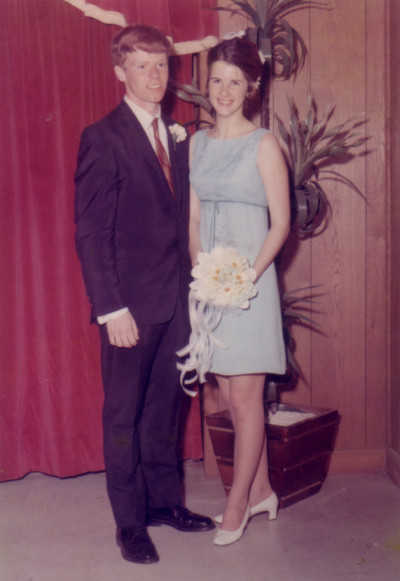 O’Hara High School, and they began a singular, intense, devoted partnership that would last for 37 years. At Saint Joseph’s University in Philadelphia, John turned his energies to student government, and was elected president of the student body. After graduation in 1974, John joined the accounting firm Arthur Andersen, earning his CPA. He and Anne both earned their MBAs from the Wharton School of the University of Pennsylvania in 1979.

From Wharton he joined Goldman Sachs, working with high-net-worth and institutional clients in Philadelphia. In 1986, he moved to Miami to manage and significantly expand the Goldman Sachs office there. He relished not only the chance (and challenge) to be in charge – something he always welcomed – but also the opportunity to hire and train a group of young associates to grow the business.

Under John’s leadership, Goldman Sachs built a global investment management business that became a significant and integral part of the firm. Largely through organic growth, at an unprecedented rate, John and his management team increased assets by over 40% per annum, expanding a predominantly US – money market/fixed income business to one that was globally diversified, with a broad range of equity and alternative asset products.

Together with Anne, John also became patron of a small Catholic School in New York’s Chinatown – St Joseph’s School – which like many downtown schools had been adversely affected by 9/11. John took a direct interest in the activities of the students, especially recent immigrants, and proposed various creative ways to recruit new students, including creating and publicizing merit scholarships.

Returning to Florida, he and Anne quickly became active in their new community, becoming trustees of the Naples Winter Wine Festival, a private organization which runs the largest charity wine auction in the world, for the benefit of the underprivileged and at-risk children of Collier County, Florida.

John died suddenly in late 2005, leaving an enormous absence. His visionary leadership lives on through the John P. and Anne Welsh McNulty Foundation and will continue to shape and change lives through the Anne and John McNulty Leadership Program at the Wharton School.

“In the annals of the history of Goldman Sachs, pages will be written about John McNulty. Through the sheer force of his person John was the primary architect and the leading builder of an asset management business, which is now an essential and very successful component of the Goldman Sachs franchise. John’s intellect was awesome; joined with his innate common sense and an uncommon wisdom about people, he was the guy whose judgment you sought. No one read a person or a situation faster or more accurately than did John McNulty. His understanding of the complexities of people and his emotional maturity made him not only a great raconteur, which he was, but a great assessor of talent. “