The Sustainable Development Goals (SDGs) were announced in 2015 during the annual United Nations’ General Assembly in New York City. Known as the SDGs, these 17 goals outline a road map for national governments and the international development community to address the major challenges facing the world by 2030 such as war and conflict, poverty and economic inequality, climate change, and death or suffering from treatable illnesses. The SDGs are deeply interconnected, and achieving success on one goal will require tackling issues that are associated with other goals. The third of the SDGs (SDG3) is focused on health and includes issues such as HIV/AIDS, tuberculosis, maternal and child health, non-communicable diseases, and mental health. The last of the SDGs (SDG17) emphasizes the importance of strengthening and expanding transnational partnerships in order to achieve other SDGs, including SDG3. In the health sector, partnerships are important for two main reasons: (a) some countries do not yet have all the resources and expertise necessary to meet the needs of their populations; (b) some issues (such as the 2014-2015 epidemic of Ebola virus disease in West Africa) are extremely complex and span across multiple national borders and regions, so that no country can tackle them in isolation.

The SDGs were announced at a time when the engagement in global health partnerships by academic institutions in the United States is at an all-time high. According to estimates from the Consortium of Universities in Global Health, the number of North American academic institutions with at least one partnership centered on health in the Global South increased from only 6 in 2001 to 78 in 2011. As of 2014, approximately 240 North American academic institutions were providing training opportunities in global health to their students, both at the graduate and under-graduate level. One of the main drivers of this engagement has been the increased availability of funds through a growing number of new donors (such as the U.S. President’s Emergency Plan for AIDS Relief, the Global Fund to Fight AIDS, Tuberculosis and Malaria, and the Bill and Melinda Gates Foundation). Many of these donors emerged in the early 2000’s primarily as a response to the devastating impact of the HIV/AIDS in Sub-Saharan Africa and the moral imperative of initiating millions of infected individuals on life-saving anti-retroviral drugs.

Together with national governments, bi-lateral and multi-lateral organizations, donors, and non-governmental

organizations, many U.S. academic institutions have contributed to the substantial improvements in health outcomes observed around the world. Since the early 2000s, approximately 30 million new HIV infections and 8 million AIDS-related deaths have been averted, the average life expectancy at birth has increased by 5 years globally (and more than 9 years in Africa), and premature mortality from the four main non-communicable diseases (cardiovascular diseases, cancer, diabetes and chronic respiratory diseases) has declined by 17%. Progress however has been uneven, both among and within countries, and still insufficient to tackle all of the world’s most pressing health issues. SDG3 seeks to build on the progress of the previous 15 years and further improve health outcomes around the world by 2030. The key question now becomes: how should academic global health partnerships evolve in the SDG era?

First, they should move beyond the confines of a limited number of diseases and disciplines (infectious diseases, medicine, and public health) to include other diseases (diabetes, heart failure, cancer, trauma, and mental health), health disciplines (nursing, dentistry, allied health sciences, and community health), and even disciplines in sectors outside of health. The number and complexity of the issues included in SDG3 and the interconnectedness between SDG3 and the other SDGs require a multidisciplinary and multi-sectoral approach.

Second, while academic global health partnerships should continue to conduct research activities, they should also expand their training and health service delivery activities. Low and middle-income countries need support to deliver life-saving health services to their populations because of chronic structural weaknesses (lack of staff, equipment, supplies, and infrastructure) within their health systems. The urgency and magnitude of such need cannot be overstated. U.S. academic institutions should therefore deploy to the Global South not only researchers, but also faculty who can train local health professionals and perform as clinicians until enough of these professionals have been trained. Additionally, while traditional bio-medical research (the study of disease prevention, diagnosis, and treatment) has a critical role to play in achieving SDG3, academic global health partnerships must also embrace implementation research (the study of how projects are executed and whether they lead to a desired outcome) to a greater degree than they have until now. In other words, developing new health technologies and drugs is important, but so is perfecting the systems that allow these tools to become available to patients, especially in poor and under-served areas.

Third, conducting activities that are somewhat different from the ones traditionally conducted by academic global health partnerships will require more funds. As a result, U.S. academic institutions will have to either identify new funding sources (for example through private philanthropy), convince existing donors to step out of their comfort zone and fund new types of activities, or devote more of their own institutional funds to global health. Such a change in fundraising strategy will be challenging, especially at a time when the availability of funds in global health has significantly stalled.

Fourth, the success of academic global health partnerships should not be determined only by their ability to execute successfully a particular project. It should also be determined by the ability to render the organizations and institutions that are engaged in the partnerships stronger, more effective, and more accountable (of note, “having strong, effective, and accountable institutions” is its own SDG, number 16).

For example, if a university from a country in sub-Saharan Africa were to partner with a university from the United States to train local doctors and nurses, the success of the partnership should be evaluated based on the number of individuals trained, the quality of the training they received, and the impact that the newly trained doctors and nurses had on the country’s health outcomes. However, success needs to be based on the capacity of the local university to sustain the training of doctors and nurses independently of the U.S. University (for example by retaining some of the new graduates as faculty) by the end of the partnership. This evaluation should not be rooted in wishful thinking and unrealistic expectations, but in evidence-based metrics that tell partners with accuracy and precision whether and the degree to which such capacity has been strengthened.

Fifth, academic institutions in the United States need some capacity strengthening of their own. This is important for two main reasons: (a) to be more effective partners to organizations and institutions in the Global South; and (b) to apply domestically some of the lessons learned while working overseas. Currently, the career paths with the most reliable access to funding for faculty interested in global health are the ones centered on research. Having similarly financially viable paths for faculty who want to center their global health careers on training and health service delivery will allow U.S. academic institutions to support the health systems of low and middle-income countries in a more comprehensive and holistic way. Conversely, health systems in high-income countries can also learn from health systems in low- and middle-income countries, which in some instances (HIV prevention and care being a prime example) are able to deliver health services to the poor and the under-served populations at a fraction of the cost and with comparable and even better results.

Lastly, academic global health partnerships should be rooted in evidence by meticulously keeping track of what is being done and utilizing the data to determine whether a project is on its way to success or some adjustments might be warranted. These partnerships should also be rooted in guiding principles such as equity, accountability, and empathy. The first of these principles, equity, is especially important. Equity means acknowledging that not all partners working together have the same resources, expertise, or agency and that the stakes in case of failure differ among partners. The implication here is that for an academic global health partnership to be truly equitable all partners need to benefit to some degree, but that the needs of the partner with greater vulnerability should be prioritized in ways that are both measurable and objective. 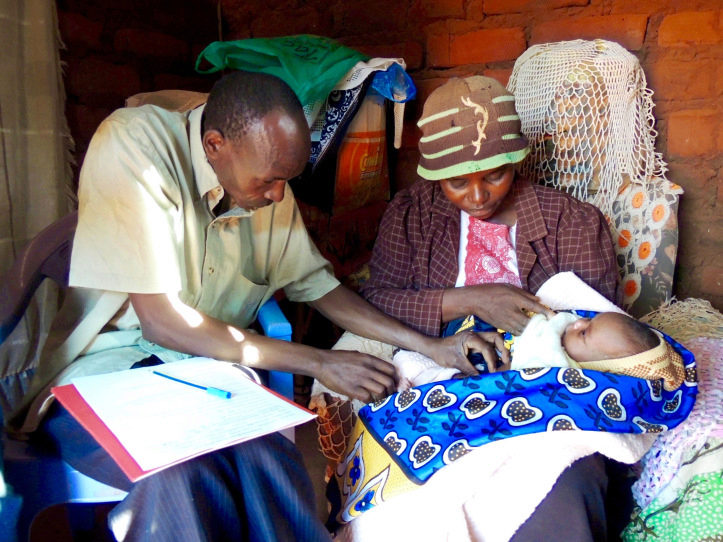 Dr. Corrado Cancedda assumed the role of Botswana- UPenn Partnership Director and Strategic Advisor for Academic Partnerships in Global Health on July 1, 2018. Previously, he was an Assistant Professor at Harvard Medical School in the Departments of Medicine, and of Global Health and Social Medicine, and was Associate Physician at Brigham and Women’s Hospital. Dr. Cancedda received his MD and PhD in Immunology from the University of Genoa, Italy.  He also trained clinically in internal medicine at the Albert Einstein College of Medicine and in infectious diseases at the Washington University in St. Louis and is U.S. board certified.

Dr. Cancedda has an extensive background in global health leading teams throughout sub-Saharan Africa. He served for four years as Partners In Health’s (PIH) Director of Training and Medical Education in Rwanda. In this role, he was one of the chief architects of the Human Resources for Health Program (HRH), an innovative health professional training initiative that successfully built the health workforce in Rwanda through coordination among 22 participating US academic institutions. Dr. Cancedda has also served as Executive Director of the PIH Ebola Response in Sierra Leone, and most recently as the principal investigator of the Resilient and Responsive Health System Initiative (RRHS) in Liberia. The RRHS seeks to support Liberian and US academic institutions during the implementation of the Health Workforce Program; a health professional training initiative inspired by the HRH Program in Rwanda. In support of these many activities, Dr. Cancedda has built an impressive record of securing grant funds as well as philanthropic contributions.