“I hope the fellowship encourages even more LGBTQ professionals to apply to Wharton and consider how they can give back to the LGBTQ community.”

When Colan Wang was 13-years-old, he spotted a plain sheet of paper hanging in the school library. The modest poster advertised a free, after-school program for young people questioning or struggling with their sexuality across Ontario. The LGBT YouthLine promised confidential, anonymous support over the phone. After a few weeks, Colan wrote down the number and worked up the courage to call.

“I remember just feeling right away from the very first call that the person I was talking to was a friend who understood where I was and what I was going through. It just felt so good having someone listen to me and affirm my experiences and how I felt at that time,” he said.

For the rest of high school, Colan called the LGBT YouthLine every week. Those conversations affirmed his feelings and proved that he wasn’t going through this alone. And soon, his vision for the future began to materialize.

Colan rose to the top of his class in high school and, in 2015, graduated with distinction from Ivey Business School at Western University in London, Ontario. After graduating, he pursued a career in the financial services industry, stopping at Deloitte and then TD Wealth, where he works as a business consultant. Around this time, he reconnected with LGBT YouthLine and joined their board of directors as Treasurer. Colan oversaw the nonprofit’s financials, rolled up his sleeves at fundraising events, and represented YouthLine at events like the annual Toronto Pride parade.

“After a fundraising event one evening, I stayed behind to wash dishes. One of the attendees approached me and said how much YouthLine meant to her. As a teen, she had lived in a smaller town and didn’t have a strong support network, and YouthLine had filled that gap. Her story was so like mine that I felt like I had come full circle,” he said.

Colan’s work with YouthLine inspired him to find ways to bring his values and experiences to his day-to-day professional life.

At TD Wealth, the Gender Identity Evolution Management Project (or GIEM for short) had been in progress for some time. The objective was to provide a more inclusive experience for clients with diverse gender identities and expressions by using a client’s gender-neutral title, preferred name and pronouns across written, digital and in-person communications.

The project had top-level support, but it had several technological, regulatory, and policy complexities to overcome. When Colan heard about GIEM, it immediately resonated with him and he jumped at the opportunity to take it on and build the project from the ground up.

“I had friends who were misgendered when they were interacting with their banks and I could tell how painful a process it is for people to go through,” he said. The problem was simple for Colan to explain to his colleagues: “If someone has a name that they want to be called, we should respect that person’s identity and try our hardest to use that name”.

Colan has worked tirelessly over the last two years to lead the GIEM Initiative within TD Wealth. He worked with government agencies and the accounts, operations, and technology teams within TD to better understand the possibilities and limitations. The entire strategy would be supported by effective training resources for employees to understand how to address people with a preferred name and using pronouns in an appropriate manner.

He also added his own pronouns to his email signature and encouraged his friends and colleagues to do the same. This small gesture spoke volumes and led coworkers to ask how they could support the project. Since 2018, TD Wealth has made significant progress and continues to work through the implementation of the project.

Colan wants to make a career out of financial advising and wealth management. He’s especially drawn to the ways he can help people navigate some of the most important life decisions — buying a home, saving for retirement, paying off debt, and making investments. He’d like to find ways to broaden access to financial planning resources for underrepresented communities.  deepen his knowledge of both financial services and gain new leadership skills, he saw business school as the next natural step. Wharton stood out for its deep investments in both areas.

“I wanted to attend a business school that would allow me to explore analytics and how we can use big data to transform existing industries, particularly heavily-regulated ones. I was impressed by Wharton’s flexible curriculum and the large investments the school has made in its analytics programs,” he said.

No matter which school Colan attended, a diverse and welcoming environment was at the top of the list. When he was researching business schools, he noticed that Wharton was one of the only schools to include the percentage of students who identify as LGBTQ on the annual MBA Class Profile.

Colan experienced the community values first-hand when he visited campus for LGBT Visit Day. So many prospective and current students attended Out4Biz’s “Ask Me Anything” panel discussion that he could barely get a seat. Even more surprising to him was the number of straight allies speaking up and asking how they could be better allies to their LGBT colleagues. “I was really, really happy to see that question asked because it showed the level of support that’s available at Wharton and how people are really there for each other not just professionally, but also in the personal ways as well,” he said.

By the time he left Philadelphia, Colan was connected to a number of current students who kept in touch throughout the application process. “Being on campus, meeting current students, and chatting with the Admissions team all helped me see myself spending two years at Wharton. I remember going to the MBA Pub later that night with current students and just laughing for hours. That’s when I knew I needed to go to Wharton,” he said.

When Colan wrote his application essays, he naturally included his past advocacy work at YouthLine, the Gender Identity Project at TD Wealth, and his ambition to help marginalized communities. Unbeknownst to him, a new fellowship had been established by Jeffrey Schoenfeld, WG’84 to support one MBA student in the LGBTQ community per year with a full-tuition scholarship.

“As one of very few ‘out’ MBA students entering Wharton in 1982, I truly marvel today at how far LGBTQ recognition and integration have become embraced by the broader business community,” said Jeffrey. “I am also mighty proud that Wharton  has emerged as a leader in building the most diverse class among leading U.S. business schools, and feel privileged to support LGBTQ student leaders through their MBA journey.” As it turns out, the Wharton Fellowship Committee was looking for someone just like Colan.

“This was not something that I had expected,” he said. “I was already super happy to be applying to a school that published statistics on LGBTQ students and had such an active LGBTQ community on campus, so I was really, really surprised, shocked, and happy when they told me on the phone that I was admitted and I was awarded the Prism Fellowship.”

These days Colan is preparing to wind down his work at TD Wealth to join the Wharton community this August — no matter what format it will take. In many ways, he’s already an active member. Incoming students who met at either the Winter Welcome Weekend or on Wharton HQ or have been hosting virtual meetups and coffee chats to stay connected and learn more about each other. As Colan looks to the future, he’s hopeful about the long-term impact of the Prism Fellowship.

He said, “I hope the fellowship encourages even more LGBTQ professionals to apply to Wharton and consider how they can give back to the LGBTQ community. From making our workplaces more inclusive to mitigating bias in AI, there are numerous ways to support the LGBTQ community, and Wharton values each and every one of them.” 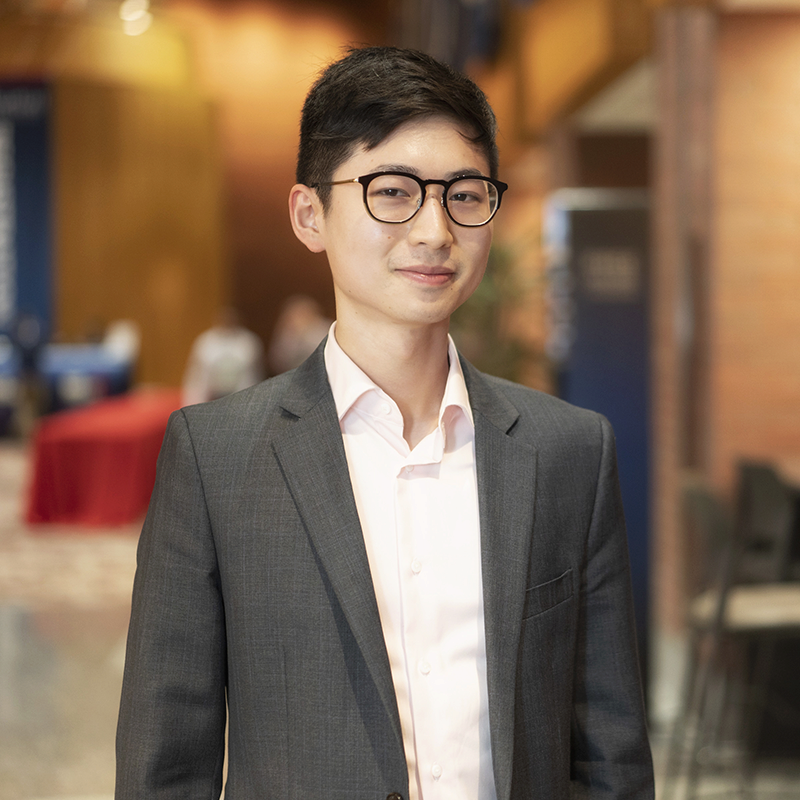 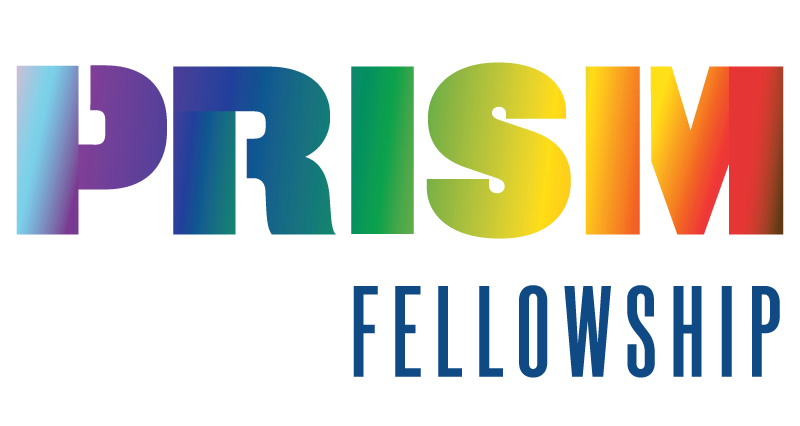 Previous Education
Business Administration at the University of Western Ontario

What are you most looking forward to being a part of at Wharton?
There is so much to do at Wharton, I feel like a kid in a candy store. I am excited to explore the Stevens Center for Innovation in Finance; I have a strong professional interest in financial services and I am looking to support research on increasing access to financial advice. As I mentioned, I also want to get involved with Analytics at Wharton. The Analytics Fellowship, conferences, and workshops are all opportunities that you can’t find at any other school. Of course, I want to stay engaged with the LGBTQ+ community. Out4Biz played an invaluable role in introducing me to the school and settling my nerves before my team-based discussion, and I want to continue that for future applicants.

What advice do you have for someone considering the Wharton MBA Program?
Get to know the people behind the school name! When you choose a school, you are joining a lifelong network of close friends and peers. Wharton does a great job of organizing visit days, local coffee chats, and online events for you to get to know the school more intimately. During Welcome Weekend, I felt comfortable bringing my whole self into every room, and every student should feel the same way.

Jeff Schoenfeld, WG’84, Partner at Brown Brothers Harriman, joins host Dan Loney on Wharton Business Daily to discuss the Prism Fellowship and the evolution of being “out” in the business world.